Why many people write in them and leave it at that. It may be that they have a lot to say and feel that they are not finished. Ink and paper can be a strong attractor to some. The books of past have evolved. The writer/typer of thought-pen-and paper has a new vehicle. He or she must be steadfast now in the laying down of new ideas because the pen is still mightier than the sword.

This is an adventure of a first timer to the net. So far, many people have assisted in helping this newcomer to this territory. Through time the newcomer evolves with the material.

With pen in hand and paper on the knee, it is time to move into this area. I call it the beginning!

(I opened any notebook and started transcribing)

Some time ago someone asked me if I was saved. I wasn't sure what they were looking for. So I put the question to God. Recently I received an interesting response. It too was in question form. God's quiet reply was "who wants to know?" He then brought me to this:

"For the vision of one man lends not its

wings to another man.

And even as each one of you stands alone

in God's knowledge, so must each one of

you be alone in his knowledge of God and

in his understanding of the earth."

A wanderer stopped into the church of science. He seldom ever showed up as a particle and a wave at the same time. Memories of fishing down by the river instead of going to church. Eventually the science priest came out of his little room and approached the wanderer. The priest had never seen an electron as a particle and wave at the same time. The priest asked the wanderer if anything was wrong, " you look a little troubled my son; don't be. You see, science has it all narrowed down. The wonderful electron can show up as a particle or a wave; but not both at the same time. And moving at the speed of light, what can top that?" The wanderer carefully looked at the priest and replied, "Something there to observe it when it arrives." The science priest smiled and the wanderer left the church. The priest went back to his room.The particle/wave went back down to the river to resume his fishing.

From some of the brazen black and white fields of old dreams to the colorful kodachrome that allows us to add something even if it is only a little bit.

So called 'primitives' and the answer?

Western culture is wondering.There are many books that reveal that the much more older cultures have been safekeeping parts of this planet for a good reason. Some videos also suggest that we may want to look again on words such as advanced culture in a different light. Train travelers have looked out and seen natives pulling a cloth over a bush and calling it home for the night. A sign of a simple life? The little people are watching.

"The difference between the Bushman of the Kalahari and us is that he is, and that we have. We no longer are, we have. We've exchanged having for being."

"And we must learn again from what we know of the Bushman, to find what that side is about. I've thought how strange it was that archaeologists were digging up old ruins, excavating to find out what archaic man was like--and here he was walking about in our midst. Why didn't we ask him?"

"And I'm afraid, too, that we haven't yet even fully realized the implications of the fact that if we want a good future for our children, we're not going to get it just by putting some annuities aside; we have to leave them an Earth that's viable."

I could have retired if...

I started this webpage sometime in early 2001 (originally called Including Everyone) and yet it seems much longer ago than that. I remember seeing a friends webpage and asked why would I be interested in making one. Her response was, "Just for the fun of it." I am not so sure if that was a good answer because it hasn't all been fun nor anything like I thought it might be. Transcribing ones already written ideas can be risky business, not to mention putting it together on a site in a way that someone else may chance upon it. And so a little change here and a little change there... 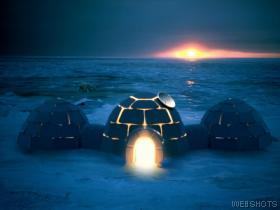