The year 2000 is rolling in and instead of warning signs, these people bring hope. That is a very good sign. Let me share something from the Dalai Lama that should strike across every newspaper. I am sure he would approve. Nothing else needs to be said.

~ From the Blue Feathered Cover ~

Live
never to be
ashamed if anything you do
or say is published
around the world
even if what is published is not true. 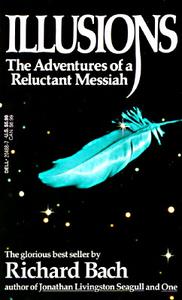 The Influence Of Richard Bach

A friend is an intermediary; sometimes seen and sometimes away. You will forget this at times and more than once. It's in the remembering that you know this to be true.

"Does it feel that your life's become a catastrophe? Oh, it has to be for you to grow, boy. When you look through the years and see what you could have been oh, what you might have been, if you'd had more time.

So, when the day comes to settle down, who's to blame if you're not around? 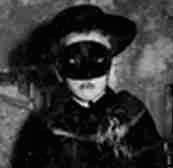 "There you go man, keep as cool as you can.
Face piles of trials with smiles.
It riles them to see you perceive the web they weave;
and keep on thinking free"